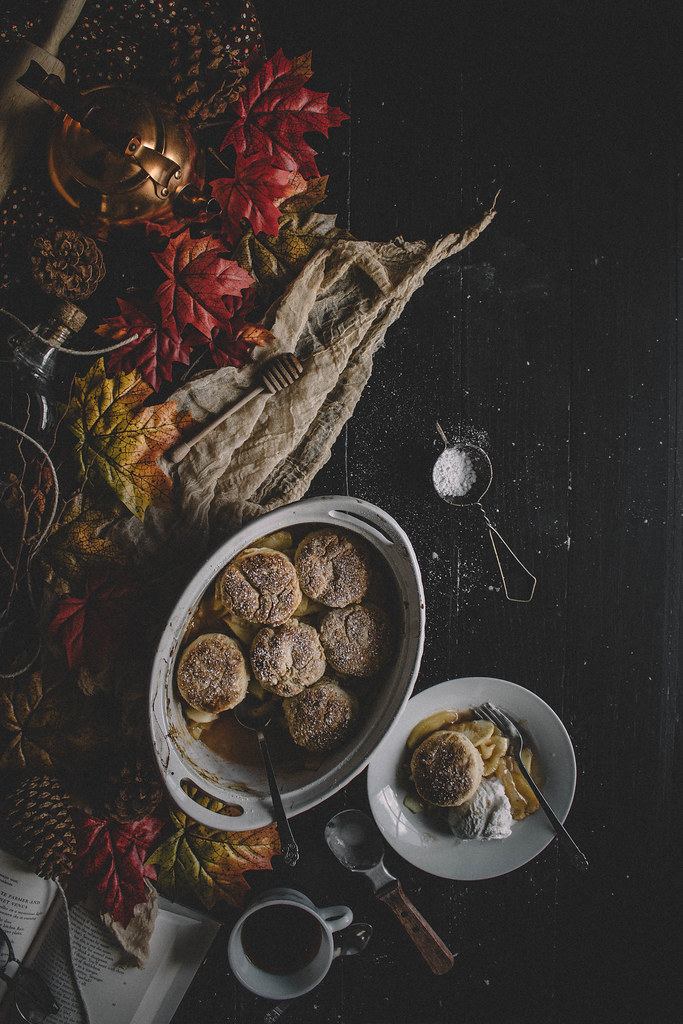 HEY! Hey, you. Yes, you. I have a quick thing to share with you before you continue reading. First of all, this post is in collaboration with Anisa of The Macadames. With her living Australia and me here in the states, my fall is just beginning while hers is ending. We decided to bridge the gap and make some delicious recipes using the seasons favorite; apples. After you’re done reading this post, head over to her site for a delicious baked apple recipe, which wink, wink looks to die to for! But firsts, this post. This post is a bit different from the traditional blog posts I write. To be frank, I hate writing blog posts and I need a change of pace. A few weeks ago, I had the idea to combine my love of fiction writing and food writing, and this is what came about. My thought for this is to write short little scenes involving the recipes I’m posting about. I hope to capture the art of culinary storytelling even further by creating my own stories. Disclaimer: these are far from Pulitzer Prize-winning pieces or anything, so take it for what it is, a young man’s fictitious anthology of food. 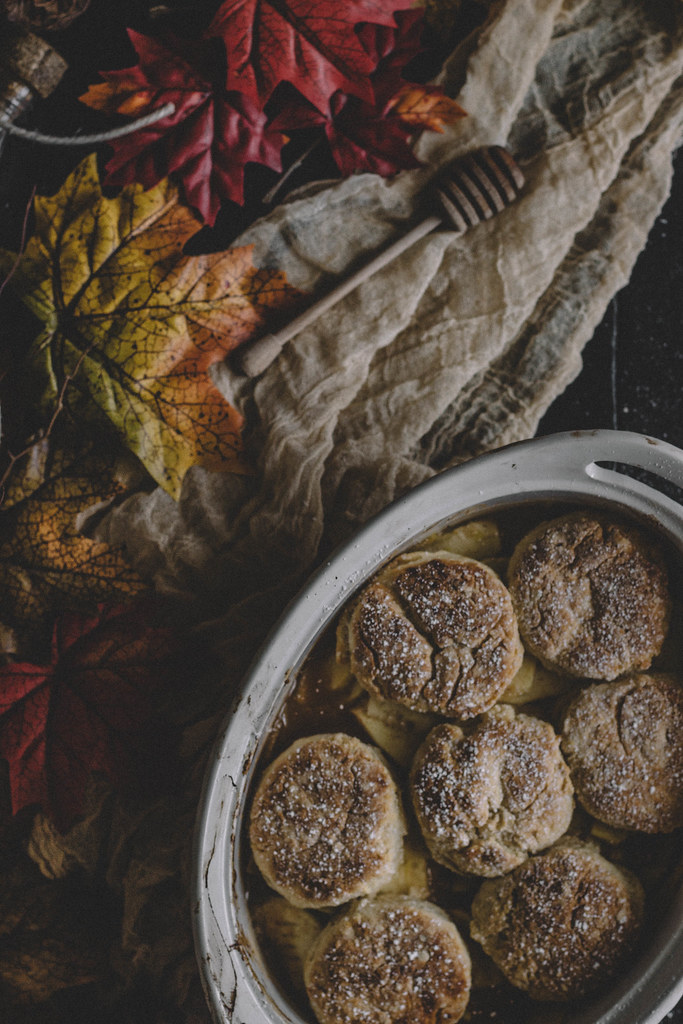 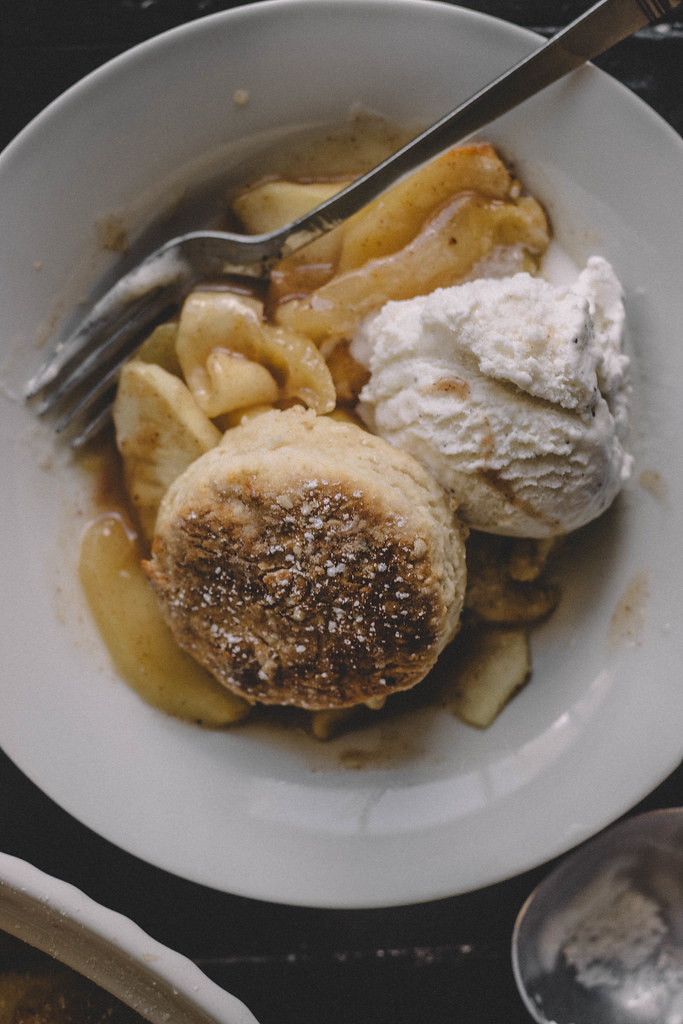 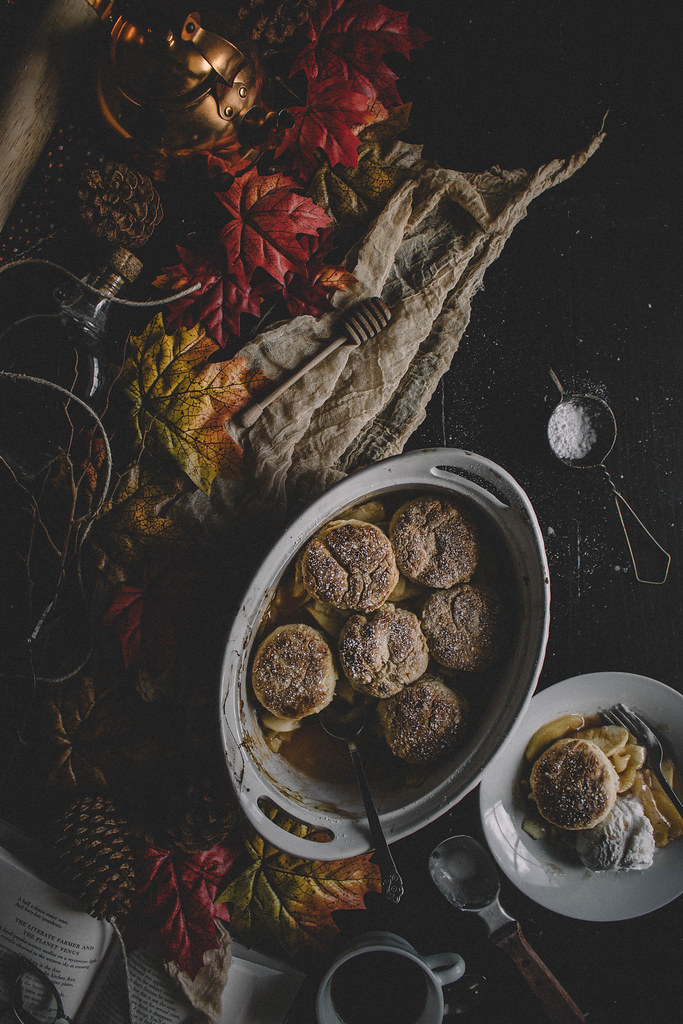 The school bus had not yet vanished down the road and out of site before the young boy felt any sense of relief. “Finally,” the boy whispered under his breath as he trudged along the dusty dirt lane leading up towards his family’s white-washed, old-shuttered farmhouse. The cool autumn breeze blew the boy’s dark brown bangs to one side as he walked up the lane. A multi-colored metal lunchbox, filled only with the remnants of the boy’s meal from earlier that day, was clenched tightly in his right hand. The leaves on the big oak tree, which sat right of the house, fell gently downward, drifting past the boy which, to him, felt like tiny, ruffled embraces. He smiled looking up at the tree. The leaves had begun to turn from a rich amber green, which reminded the boy of spring back home in Philadelphia, to deep reds and vibrant yellows.

A deep sigh left the boys lips as we reached the front stoop of the house. He slumped down on the step, allowing his backpack and lunchbox to both hit the cement landing with a subtle thud. He held his knees up close to his chest as he looked out towards the rolling acres of bean and corn fields, which seemed to stretch on for miles and miles. There was something about the endlessness of the fields that made the boy feel even more lonesome than he already was. One week ago, the boy was back home in his residential Philadelphia neighborhood, playing with his friends, all of them planning the fastest bike route from the boy’s house to school. Now, hundreds of miles away, he was living in a decrepit house in the middle of nowhere, too far for anyone his age to ride to school. At this new school, he had no friends and, in his mind, had little prospect of acquiring any.

“Sweetie is that you?” 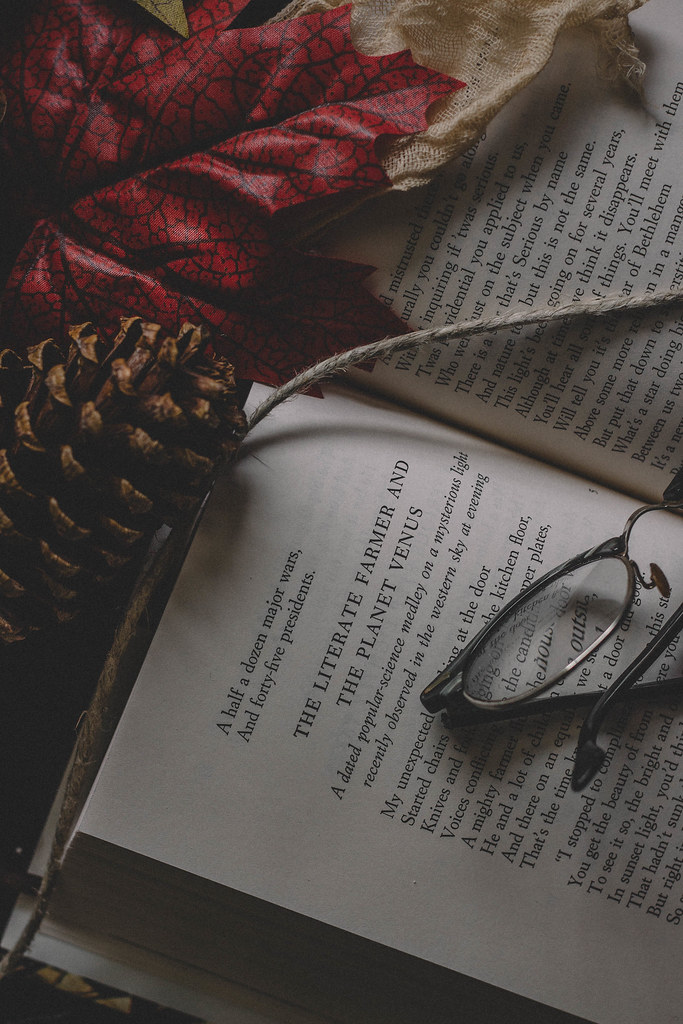 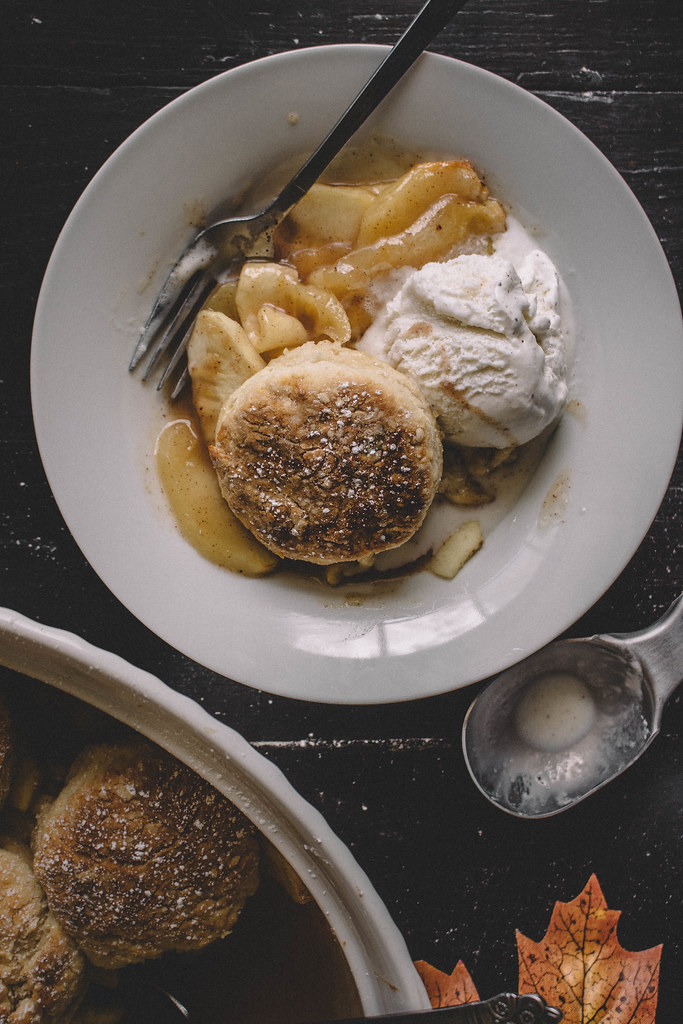 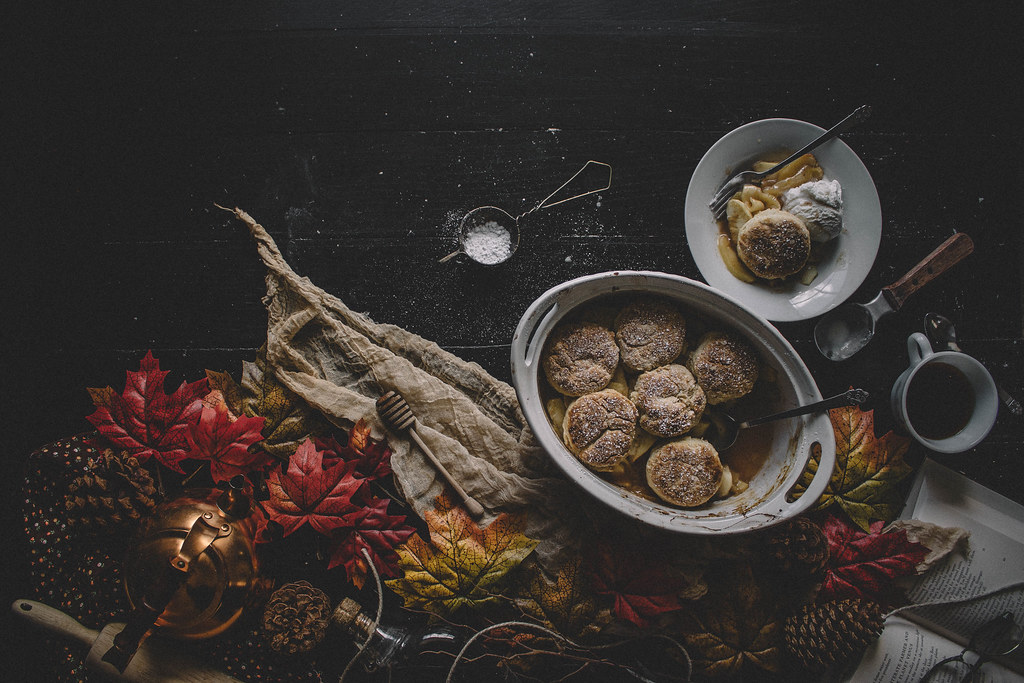 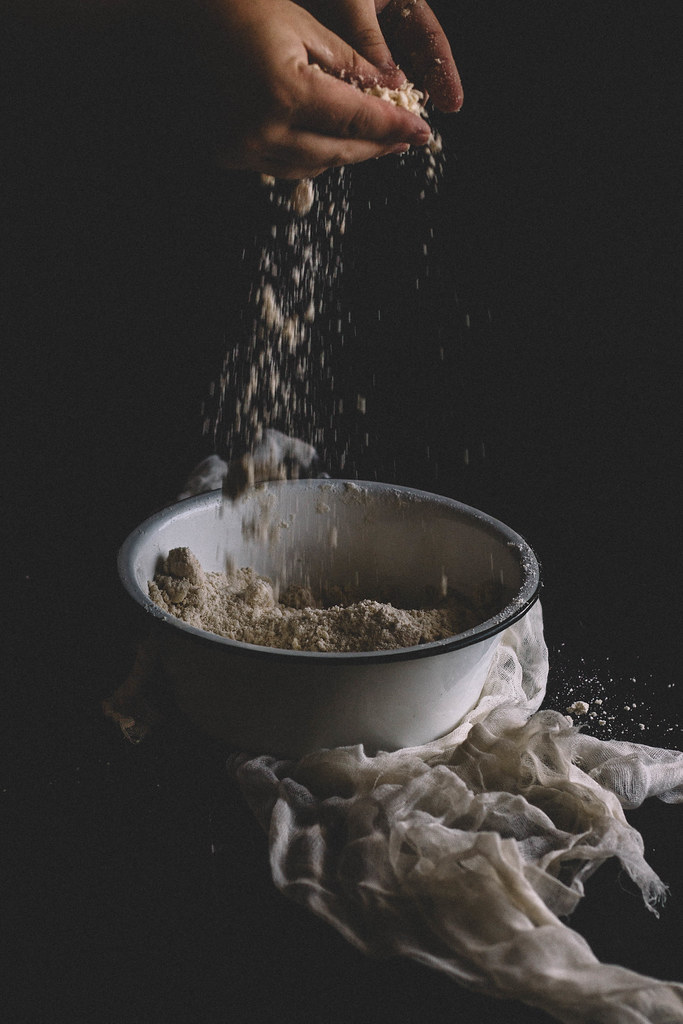 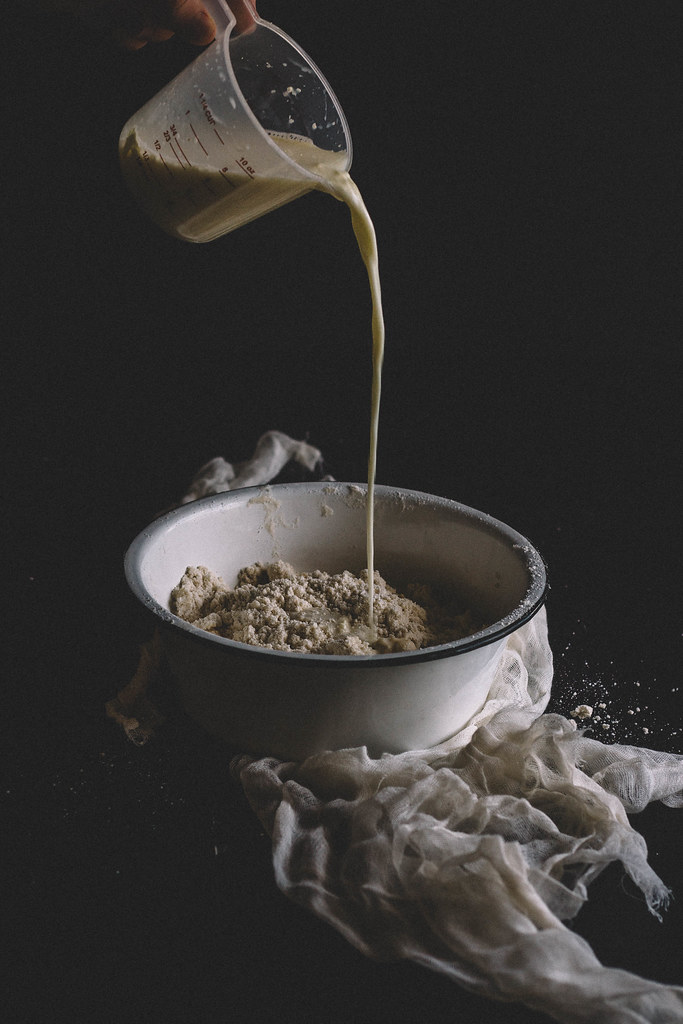 The boy turned around, startled by the voice of his mother. She was a lean, slender looking women, her curly dark hair done up in a messy bun. She had a red and white polka-dot apron tied tightly around her waist. A light dust cloud of flour flew in the air as she opened the screen door. She had clearly been baking. The wafting scents of sweetly baked apples filled the boy’s nostrils as she held the door open.

“What are you doing on the stoop?”

“How was your first day of school?”

The boy was silent for a moment before whispering “It was fine.”

His mother took a deep breath, turned around and retreated back into the house, the screen door slamming behind her. A few moments later, she appeared again, but this time with two bowls in her hand. As she handed the one bowl to the boy, she sat down next to him, situating her apron has she tried to find a comfortable position. In the boy’s hands was a warm bowl of apple cobbler. A perfectly golden biscuit laid on top of the tender, cinnamon baked apples. Covering of all of that, a scoop of vanilla ice cream, the cream slowly melting over the warm cobbler. The boy smiled. His favorite. 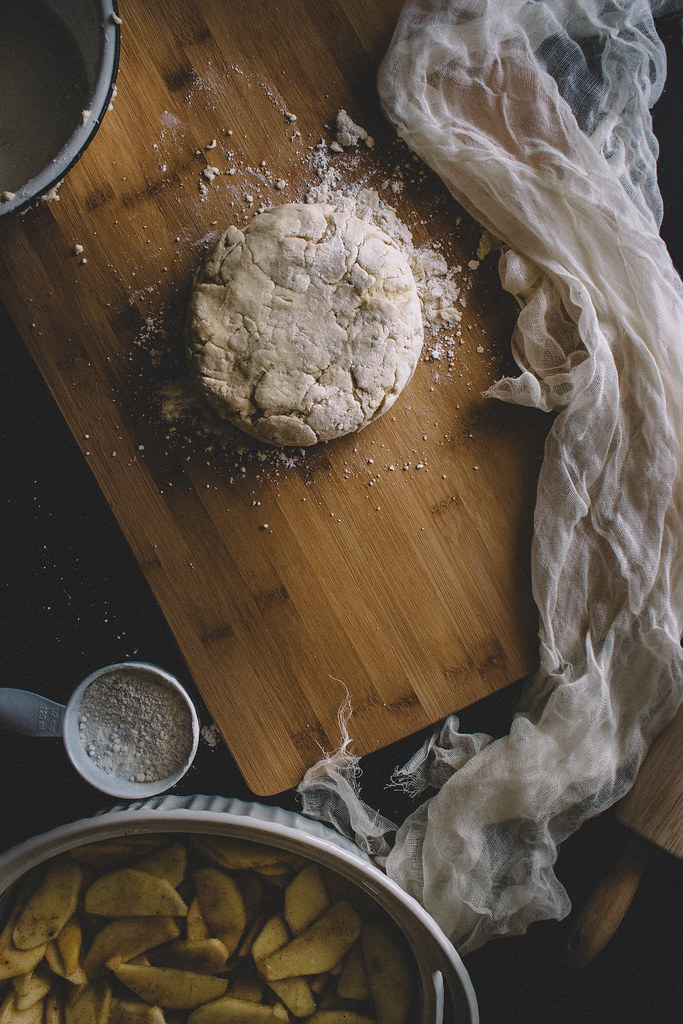 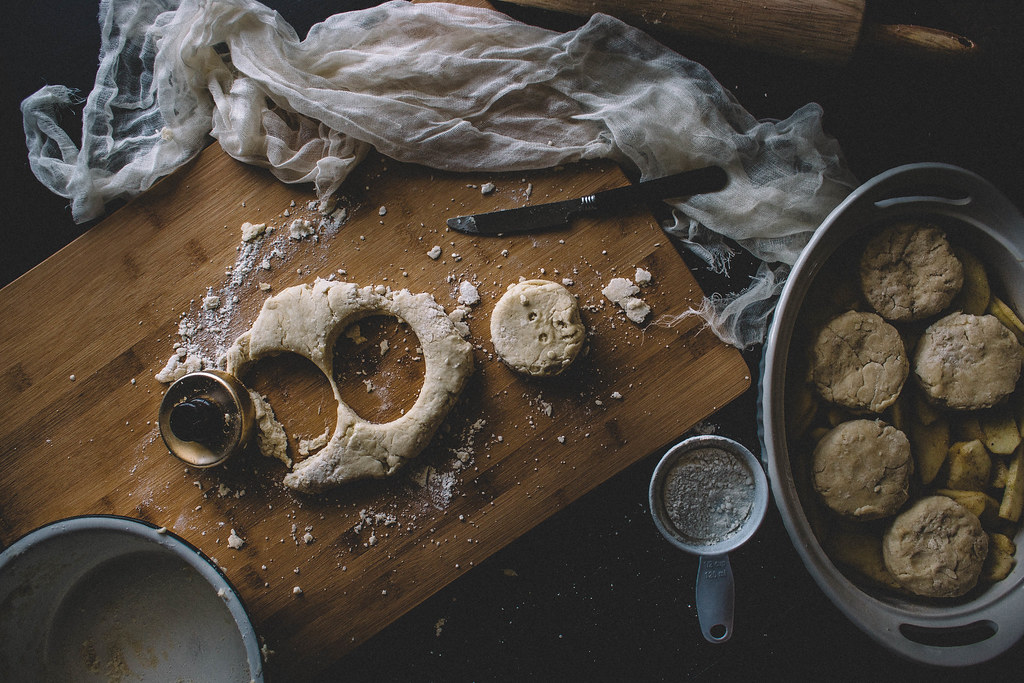 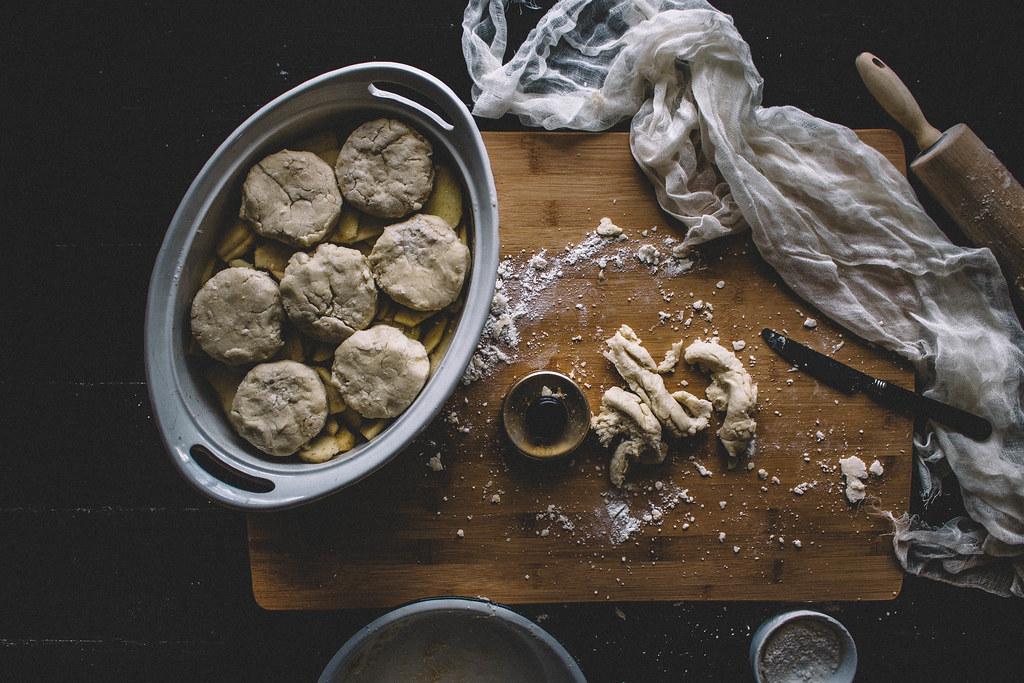 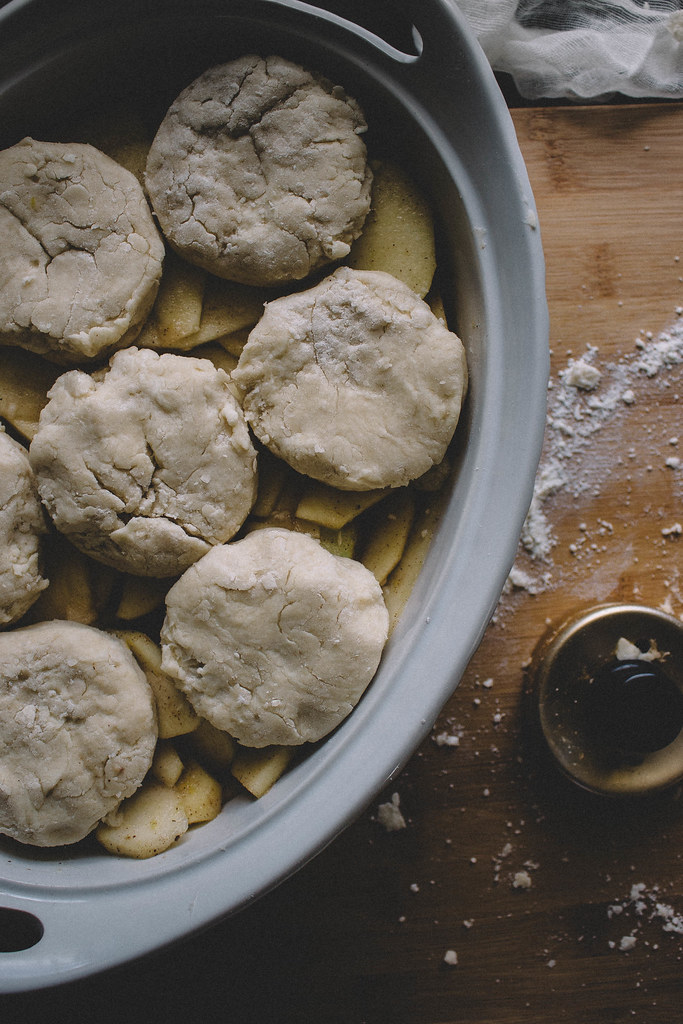 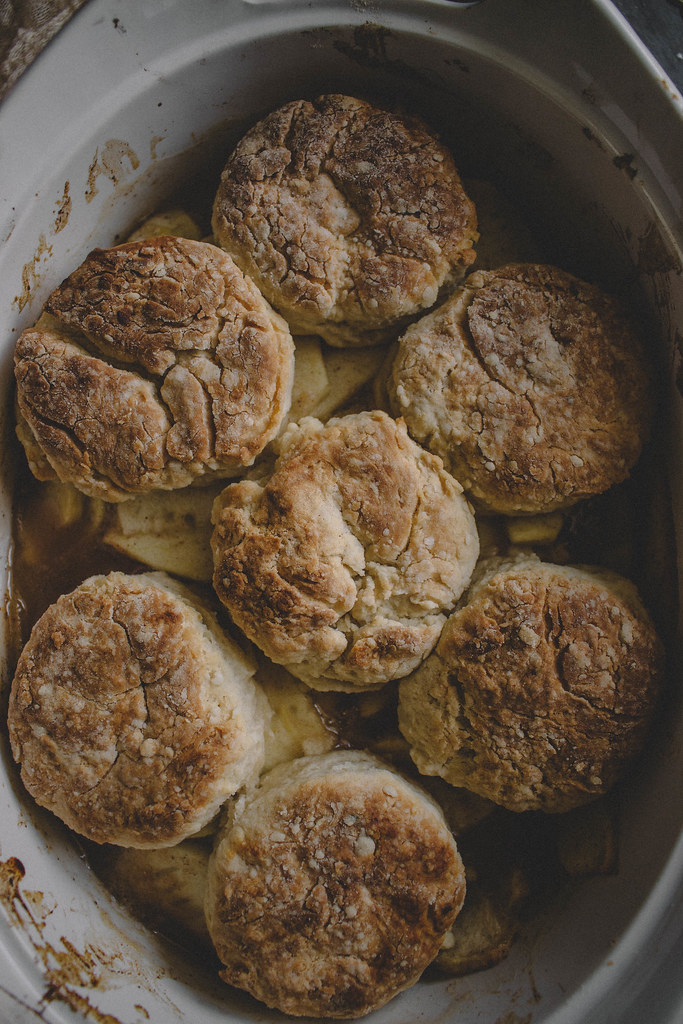 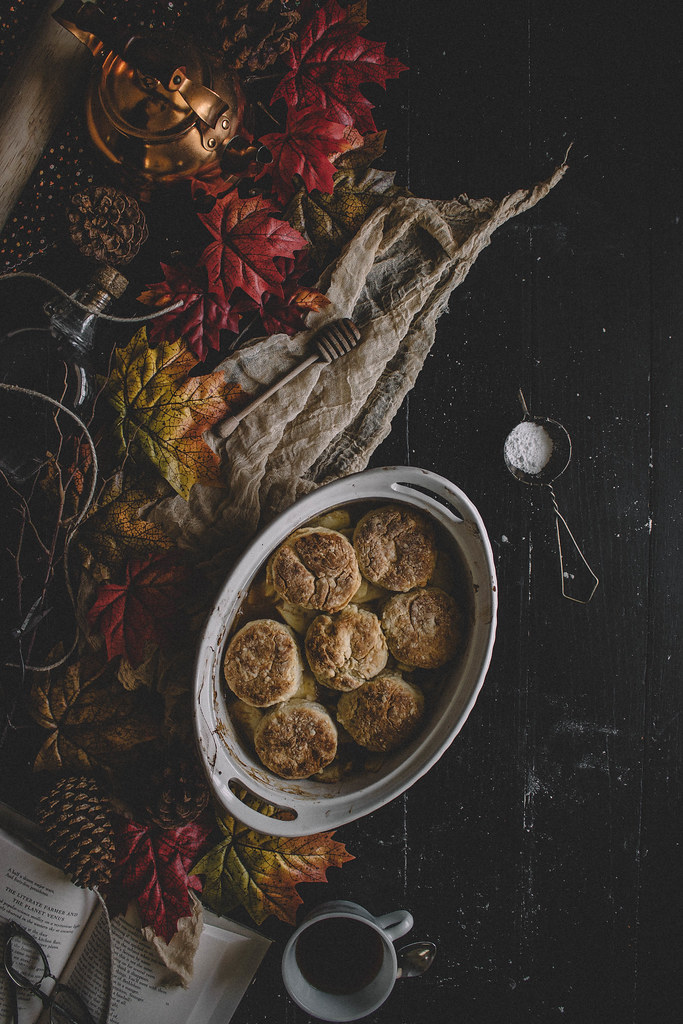 “My mother always said,” began the boy’s mother taking a bite of the cobbler, “there are two things in this world that will make a person feel better, and that’s love and a whole lot of butter.”

The boy smiled, but his lips quickly transformed into a frown.

The boy’s mother sighed “I know this move has been hard on you. Heck, I’m still getting used to the idea. But this job your father took is really great, and I’m excited for this new chapter in our family’s life. You’ll see that this place isn’t too bad.”

The boy was silent as he took another bite of cobbler. Drops of the cobbler’s juices trickled down his shirt has he slurped in one of the apples.

“Change is hard for everyone. It isn’t easy starting a new school, with new classes and new people, but you’re a wonderful person, who has so much to offer. I can promise you, that if you just be your charming self, you will find good people.”

The boy slowly began to smile. The boy’s mother leaned over, tussled his soft brown hair, and embraced him. With the bowl of half-eaten cobbler in the boy’s hand, he hugged her back. The two sat on the front stoop embracing for a few moments, moments which seemed like hours, long wonderful hours in the boy’s mind. The cool autumn breeze blew some leaves past their feet as they sat. His mother’s wrap was equally as warm as the bowl apple cobbler which he had held in his lap.

“Come inside,” said his mother getting from her seat, “Your father will be home soon. I’m making your favorite.”

What did you think? Do like this new style on the blog? Leave a comment down below letting me know what I should write about next. I really enjoyed writing this post, so I have intentions on writing more if you all want them. Make sure to check out Anisa’s post and tell her TK sent you. 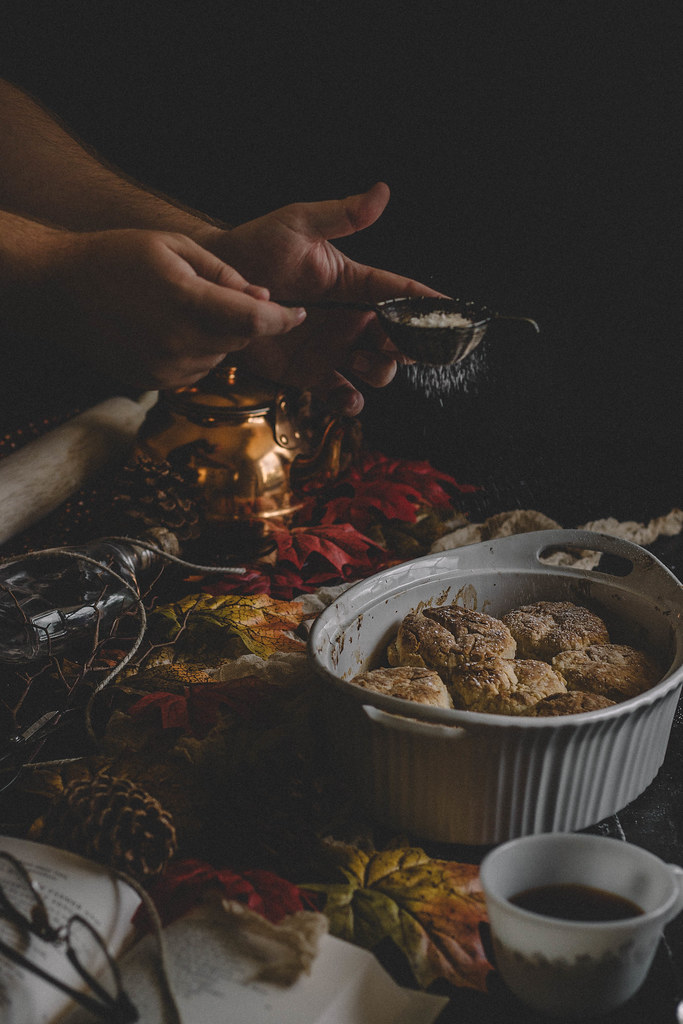 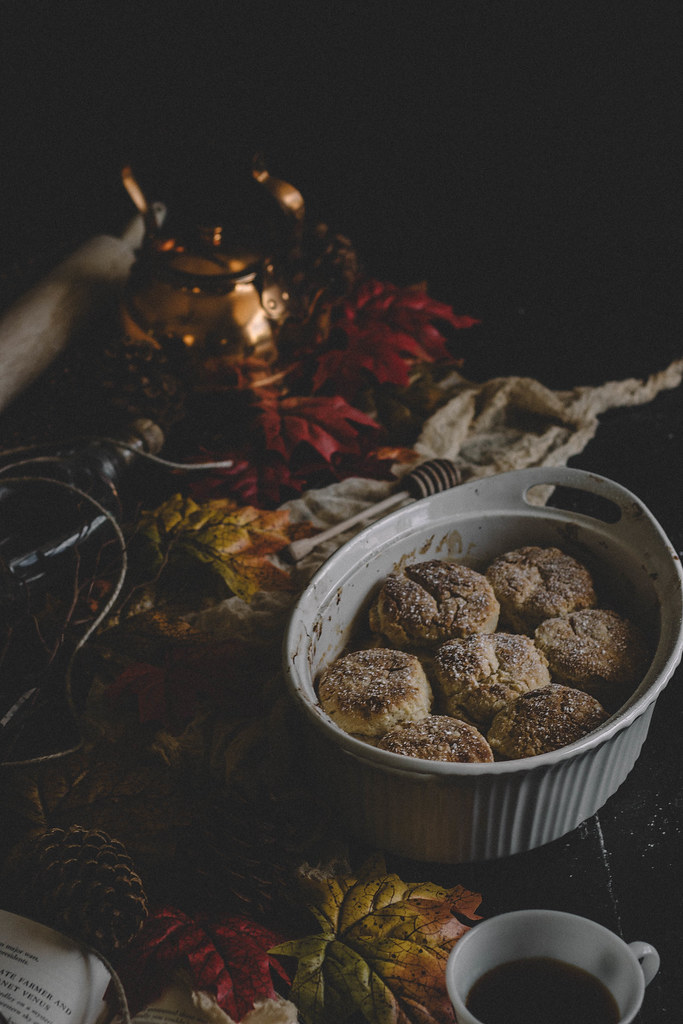 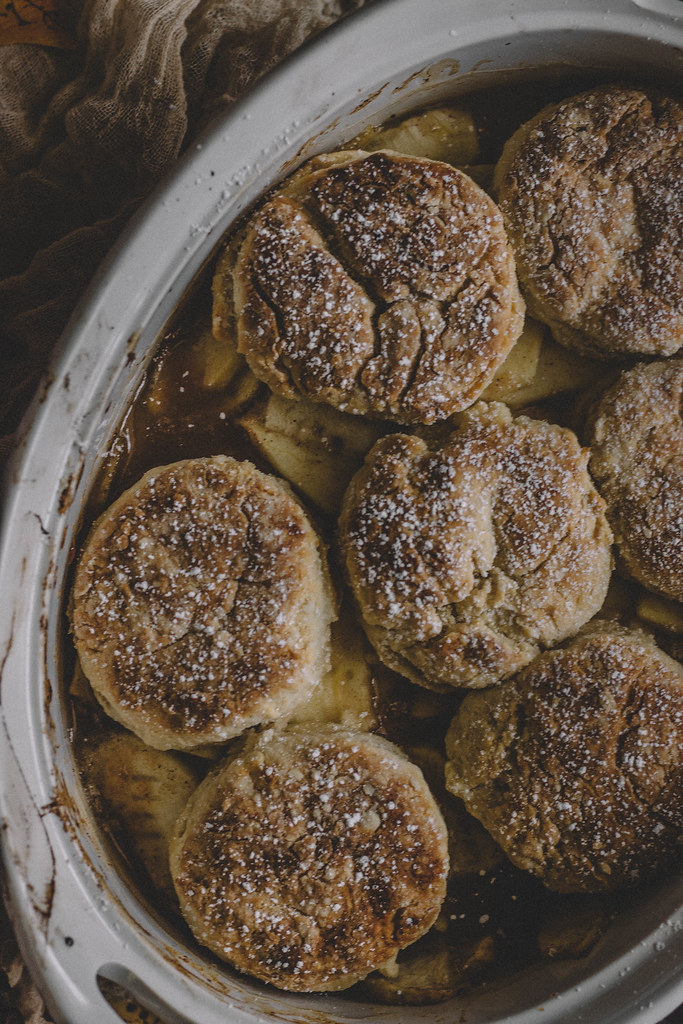 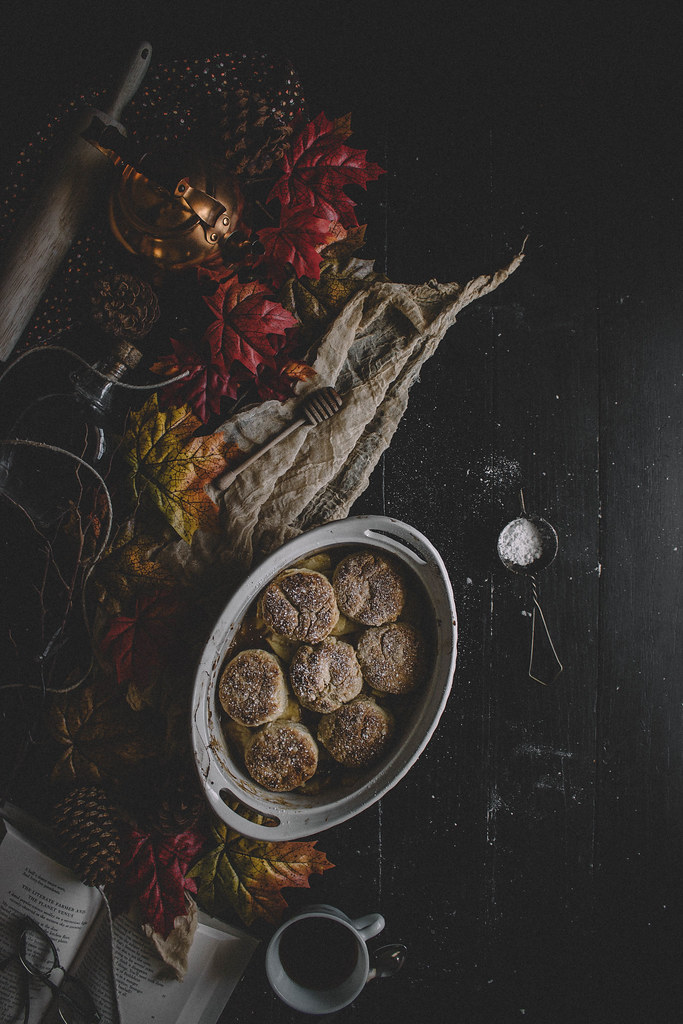 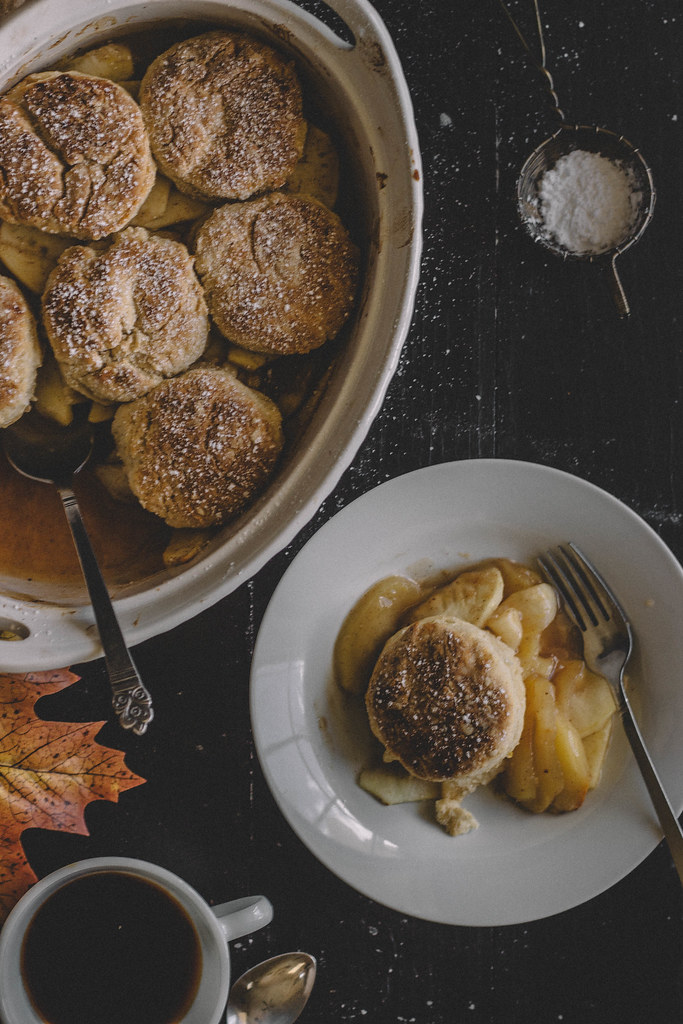 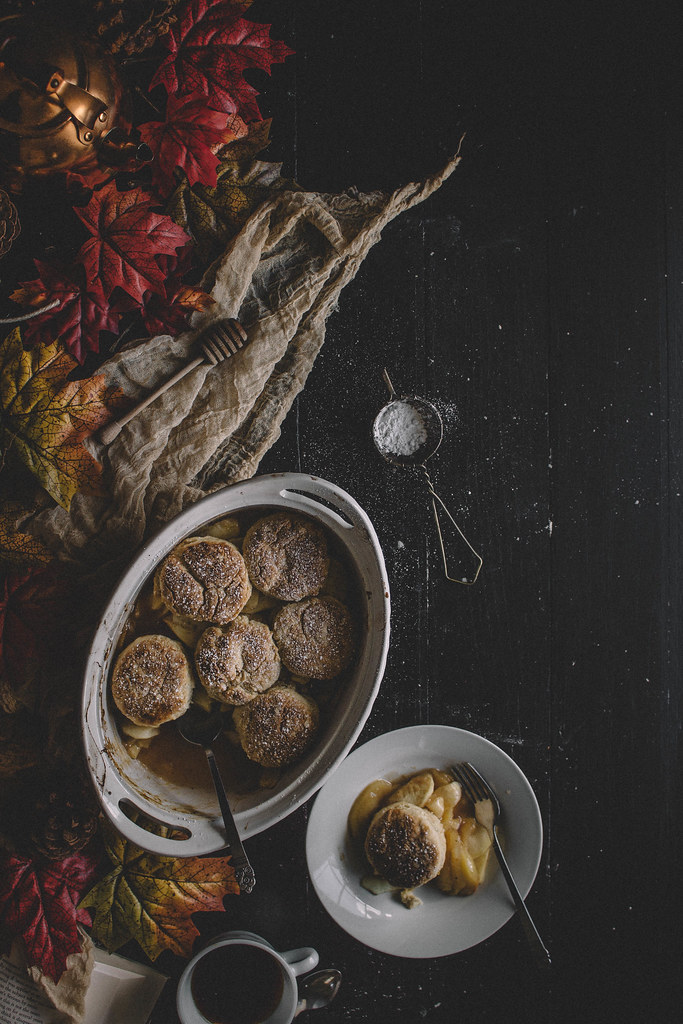 For the biscuits: In a large bowl, cut the shortening and butter into the flour, baking powder, and salt mixture. Gently pour in the buttermilk and stir to combine. The dough will be incredibly sticky, so add in one tablespoon or two of flour to make it more pliable.

Transfer the dough to a floured work surface and knead for five minutes. Roll the dough out to a little more than ½ inch thick. Take a donut cutter or a sharp knife, and cut out six to seven biscuits. Re-roll and cut for more. Space each biscuit evenly over the apples.

Bake for 35 to 40 minutes or until the apples are tender and the biscuits are golden brown. Allow to cool for 10 minutes before serving. Serve with a big scoop of vanilla ice cream :) 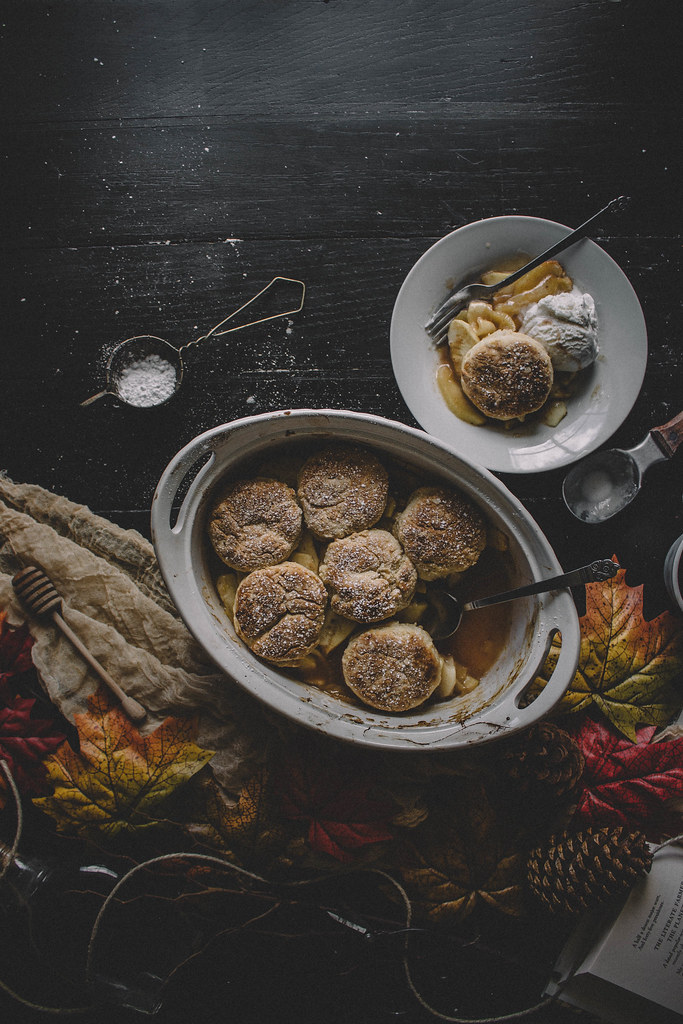 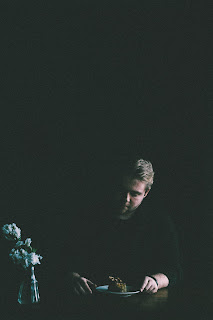 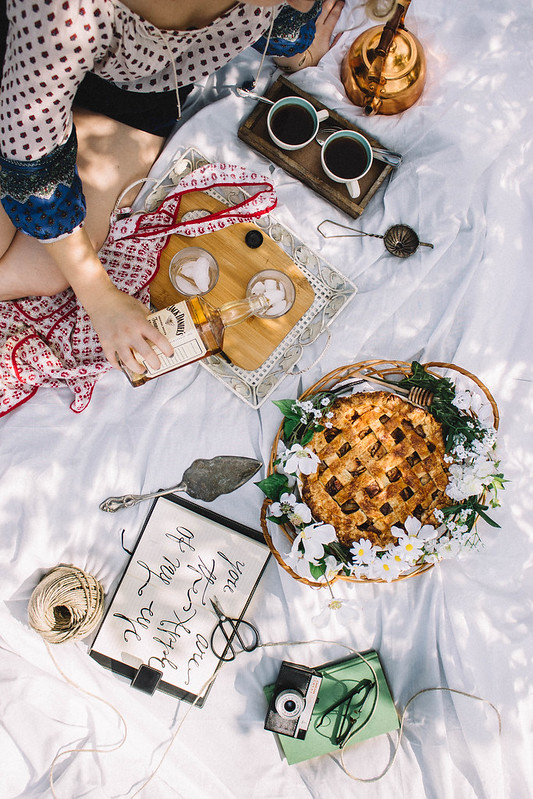 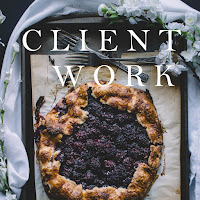 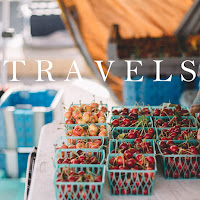 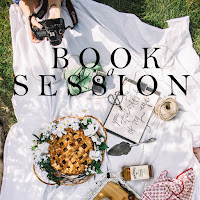 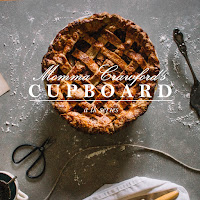